Email or Text us at dwm@dmckaylaw.com

Under Utah law, parents have a fundamental right to parent their children. The Utah Termination of Parental Rights Act states: “Under both the United States Constitution and the constitution of this state, a parent possesses a fundamental liberty interest in the care, custody, and management of the parent’s child.” Utah Code Ann. §78A-6-503(1).

Typically, a parent can lose his/her parental rights only if s/he voluntarily relinquishes the rights (i.e., consents), or otherwise if a court hears evidence and finds that grounds exist for termination of parental rights under the Utah Termination of Parental Rights Act (such as unfitness as a parent, abandonment, substantial neglect, abuse, etc).  The Court must also find that such a termination would be in the child’s best interest. See, for e.g., V.T.B. v. J.P.B. (In the Interest of B.T.B.), 2018 UT App 157, ¶18 (Utah App. 2018).

But, could a parent’s rights be terminated simply because they missed a deadline to respond to a petition for adoption, or otherwise based upon other procedural deficiencies? As will be further explained herein, the answer is essentially: perhaps.

Under the Utah Adoption Act, there are certain requirements that if a biological parent does not timely respond after having received an adoption petition, and if the biological parent’s response does not strictly follow all specific procedures outlined in the Utah Adoption Act, then the biological parent could lose their opportunity to object to and participate in the adoption case.  That parent would “forfeit[] all rights in relation to the [child],” ultimately leading to a termination of parental rights. Utah Code Ann. § 78B-6-110(6)(b).  See also V.B. v. A.S.A (In re K.T.B), 2020 UT 51, ¶49 (Utah 2020).

The Utah Supreme Court was recently tasked with evaluating these provisions of the Utah Adoption Act, specifically as applied to a particular biological parent’s situation. In V.B. v. A.S.A (In re K.T.B), 2020 UT 51 (Utah 2020), the Supreme Court of Utah ruled that it’s not always constitutional to apply the “strict compliance component” of these provisions when analyzing the Utah Adoption Act.

In V.B. v. A.S.A., a child had a biological mother who did not have legal guardianship of the child, the identity of the biological father was unknown, and the child had been living with the legal guardians since a young age. The legal guardians desired to adopt the child, and filed a petition in district court to terminate the mother’s parental rights in order to adopt. The guardians represented that the mother had been served with notice of the adoption proceedings, in accordance with the Utah Adoption Act. The Act required that the mother file a “motion to intervene” within 30 days, and that it follow various procedural requirements. The mother did in fact file a responsive document within 30 days through her attorney, but the response was filed as an “Answer” rather than as a “Motion to Intervene,” and didn’t strictly follow all the procedural elements. The trial court ruled that because of the strict compliance component of the Act, the mother’s “Answer” failed to satisfy the requirement of the Act, and she was precluded from contesting the adoption proceeding, which led to the termination of her parental rights.

The case eventually reached the Utah Supreme Court, which reversed the trial court’s decision to disregard the mother’s “Answer,” and remanded the case back to the district court to allow the mother to participate in the adoption proceeding. The Utah Supreme Court’s decision involved lengthy, in-depth analysis of several complex legal concepts.  A significant holding from the supreme court was that as applied to this set of facts, the mother’s response, though not strictly compliant with all procedural requirements, still “achieved everything [the Utah Adoption Act] is designed to achieve,” and therefore, the strict compliance component of the Utah Adoption Act was deemed unconstitutional regarding this mother and these facts.  V.B. v. A.S.A. at ¶50.

The Utah Supreme Court’s ruling was not an across-the-board finding that the strict compliance component of the Utah Adoption Act was unconstitutional.  The supreme court found the Act to be unconstitutional under the facts of this particular factual scenario.  In other situations, a parent could still lose their parental rights due to a procedural deficiency in responding to a petition for adoption.

This case especially highlights the importance of hiring a competent, experienced Utah Attorney when responding to a petition or complaint, to ensure that the response is done correctly.  The case also serves as a reminder that court decisions may vary depending on the specific facts of any given situation.  When the facts and the law matter, it is always best to consult with an attorney for advice regarding your specific situation. 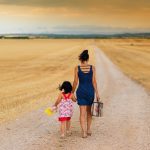 Dan is a great attorney and his entire staff are wonderful to work with. I couldn’t ask for a better experience or better outcome in a difficult family case. I never recommend lawyers, BUT I highly recommend Daniel W. McKay and Associates.